Not many drivers battle back from a pit lane start to a points scoring finish, but Kimi Raikkonen did just that in Azerbaijan, with a superb recovery drive to 10th place that moves him up to eighth in the drivers’ standings. The Finn is now the only driver outside the top three teams to have scored points in every race in 2019 – although Kimi didn’t seem up for celebrating that statistic as he reflected on what he described as a difficult weekend for Alfa Romeo.

“Not an easy weekend for us,” said the Finn. “It wasn’t the plan to start from the pit lane but it is what it is, so one point is kind of the maximum we could achieve today.” 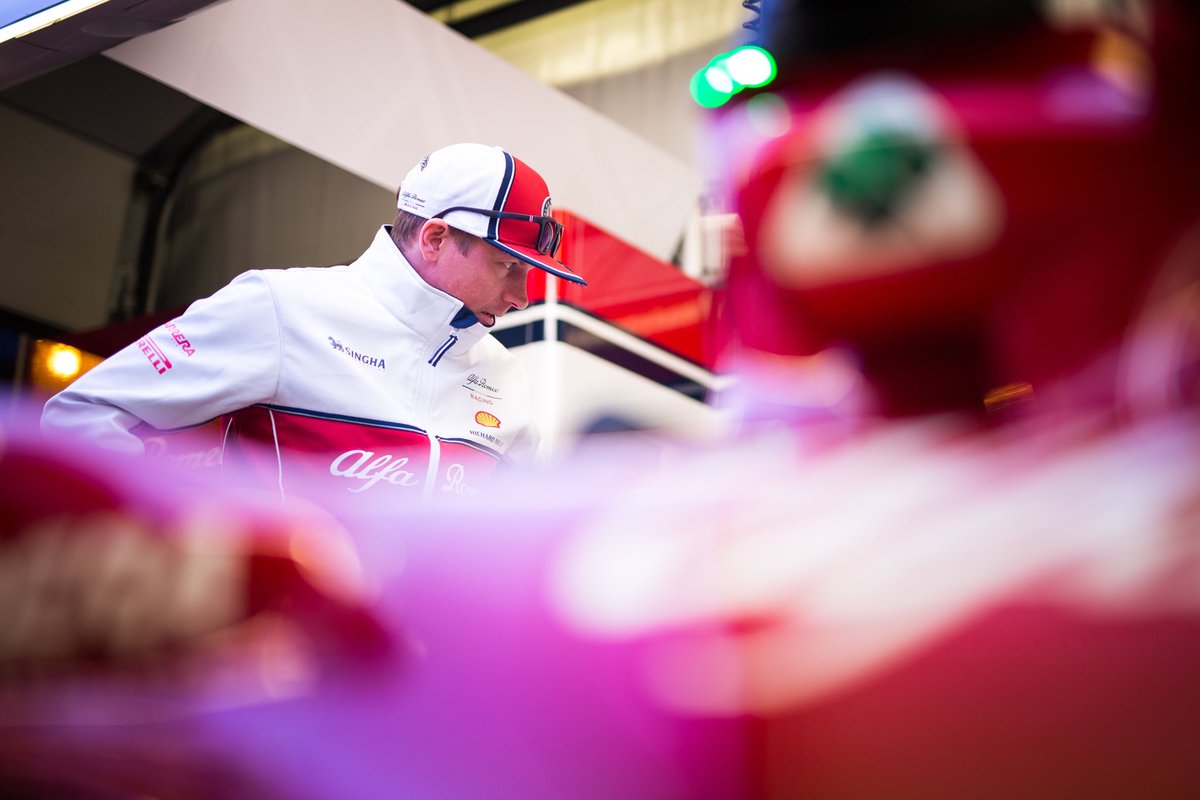 Kimi Raikkonen had been due to line up ninth on the grid but was disqualified from qualifying on Sunday morning after his car failed a front wing deflection test. That left the 2007 world champion with a pit lane start, Raikkonen lining up behind Williams’ Robert Kubica and ahead of Red Bull’s Pierre Gasly. An early pit stop saw Raikkonen change his soft tyres for mediums which he ran for 44 laps, the longest of anyone in the race. He worked his way through the midfield and benefitted from retirements to score points for the third time out of four starts at the Baku circuit.

“At least we got one point, but it was difficult. We pitted earlier to get out of traffic but then I struggled for the whole race with switching the tyres on.”

Kimi was optimistic that the team can bounce back with a strong result at the next race in Spain – but the Finn will be hoping to break his Barcelona curse after failing to finish at the last two Spanish Grands Prix.

“[I’m a] bit disappointed as I was expecting a lot more but I have a feeling that the next race will be easier for us,” he concluded.

Kimi Raikkonen: "Ferrari will always be in my heart, we had a good run together and won 3 championships"Ferrari's Charles Leclerc: We have some answers to lack of pace in Melbourne