Robin ‘Iceboy’ Raikkonen steels the show in Hungary. Robin sporting a Ferrari cap got a chance to savour the podium with a spray of water.

Little Robin Raikkonen – The Iceboy – stole the hearts of the Formula 1 paddock and after his father, Kimi Raikkonen finished third at the Hungarian Grand Prix the lad was clearly in good spirits which even prompted smiles from the normally taciturn Ferrari driver.

Three-year-old Robin accompanied by his mother Minttu delighted the paddock at Hungaroring and after the race sprayed his father with water in celebration, but his father is hoping that his kid does not follow in his footsteps to become a racing driver.

However, that might be in vain as the youngster clearly shows that he has similar DNA to his father, always keen for a party and a soft spot for ice-cream! Nevertheless, the 2007 Formula 1 World Champion said, “Let’s hope he is not too enthusiastic and wants to start karting. That’s not the best idea…”

Later, Robin sporting a Ferrari cap got a chance to savour the podium with a spray of water, antics which Raikkonen senior clearly enjoyed, “Of course it was nice for him. Robin is at an age when he will remember these things.”

Kimi, who will be on duty for the Reds on Wednesday at Hungaroring, revealed his plans ahead of the forthcoming holidays, “I will fly home with my family to Switzerland and return for the test. After that, I will fly home again. Then I have some time to spend with my family, which is great. Unfortunately, the break is not very long and it does not feel like a real vacation when you have so much to do. Since you can not relax properly. But it’s good that we have a break-even for the whole team, who have been through a tough month.” – added the Scuderia Ferrari Finnish driver who lies third in the championship standings with nine rounds to go. 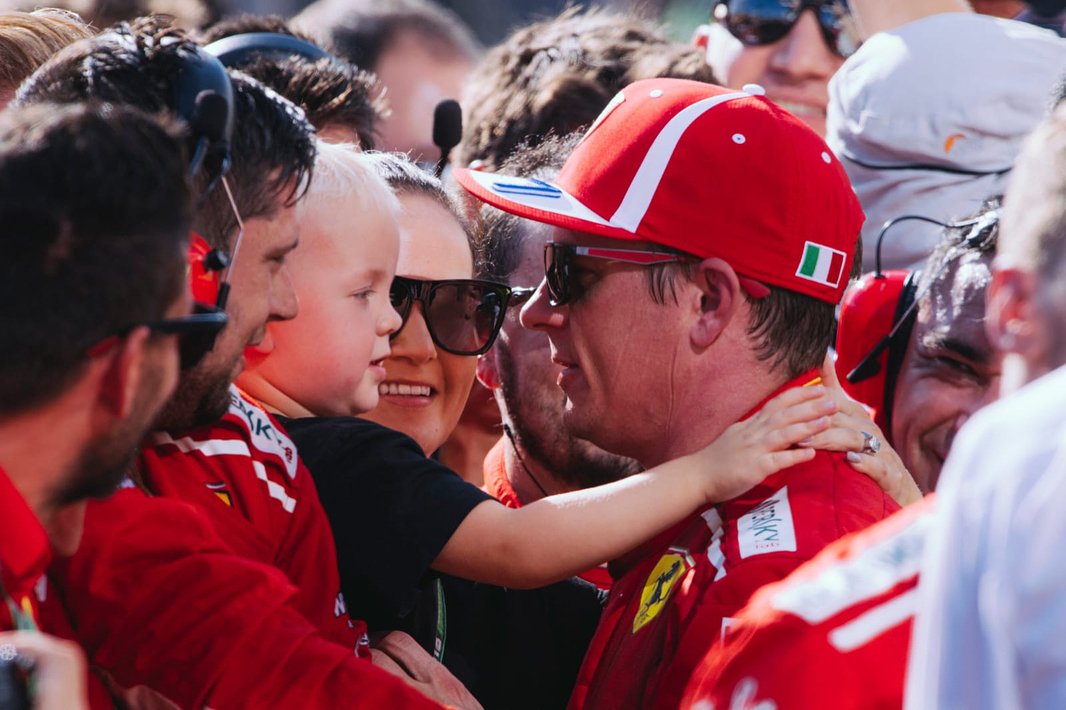