Finnish driver Kimi Raikkonen has admitted that Alfa Romeo Racing “lack speed” as the 2019 championship races towards mid-season. After a good start for the former Sauber team with its new Ferrari-linked branding, Alfa Romeo has slumped and is currently ahead only of struggling Williams.

“Hopefully we will be back to a more normal position here,” Kimi Raikkonen had said before the Canadian GP weekend began – “Nothing major is wrong, it’s just that we lack speed.” But things did not get better in Montreal. Antonio Giovinazzi and Kimi Raikkonen qualified 13th and 17th, with the latter driver improving to 15th in the race. 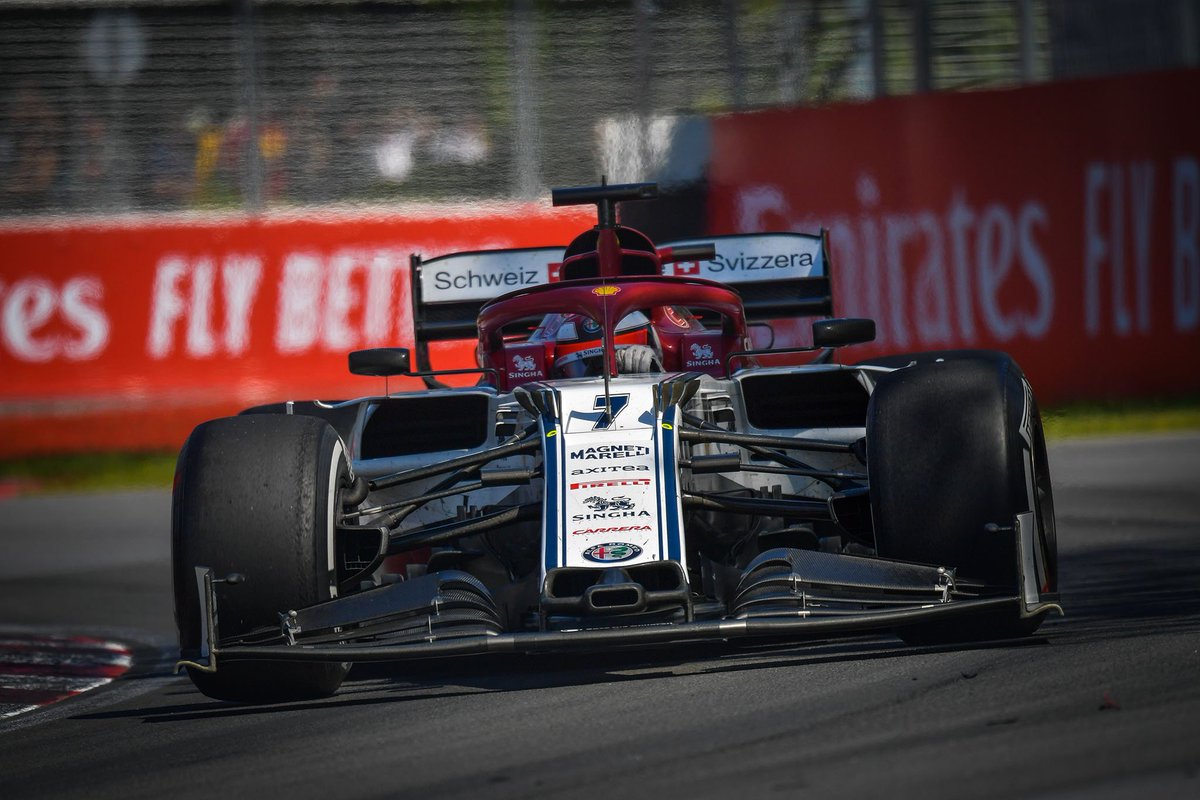 “It was a pretty difficult weekend,” the 2007 Formula One world champion told Ilta Sanomat newspaper afterwards – “We never had enough speed and the car was far from perfect. On some laps it seemed better, sometimes worse, there was no consistency. Whether it’s 12th or 13th, I don’t care if I get to the finish or I’m last,” he added.

Some believe Alfa Romeo Racing is slumping because of a car concept that is similar to Ferrari’s, which makes it difficult to handle the 2019 Pirelli tyres: “Everyone has the same tyres,” Kimi Raikkonen said at the end of the 2019 Canadian Grand Prix – “We should get some new parts for the next race so hopefully that will help us get back to the fight for points.” – the Alfa Romeo Racing Finnish driver concluded.