Ferrari’s development plan “to get the tyres working”. Mattia Binotto on which direction Ferrari's development will be heading. 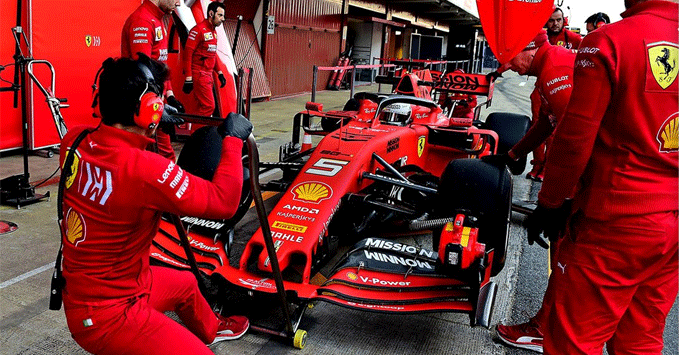 Scuderia Ferrari team principal Mattia Binotto has confirmed that the Italian side will run a more downforce-heavy set-up in an attempt “to get the tyres working”, as the Maranello team once again struggled to keep up with rivals Mercedes in France last weekend.

This week will be the first double-header of the F1 season, with the second of five races in the space of seven weeks coming on Sunday in Austria at the Red Bull Ring.

After not being anywhere near Mercedes’ pace at the Paul Ricard circuit (despite the fact that Monegasque driver Charles Leclerc almost overtook Mercedes’ Valtteri Bottas in the final lap of the French Grand Prix), Scuderia Ferrari know a few changes have to be made, as the F1 circus heads to Spielberg, a little under 700 miles away from Paul Ricard: “I think we are looking for, eventually, more downforce to the detriment of the speed,” Mattia Binotto told Autosport when asked which direction Ferrari’s development will be heading. – “Even if the car will not be too efficient, [it will] give more downforce to get the tyres working. That will be the direction to go.” – he explained.

For the entire 2019 Formula One season, Scuderia Ferrari have been dominant in a straight line but give up a lot of speed in the corners, making them lose out on six of the eight available pole positions. The side has also not been able to get a race win yet this season: “[In qualifying at Paul Ricard] we’ve seen how difficult to get the tyres working. That is something we are focused on.” – Scuderia Ferrari team principal Mattia Binotto concluded.