Official: the Ferrari board has named John Elkann as Chairman, Louis Camilleri to be named as CEO. Ferrari boss Sergio Marchionne steps down from role.

News has emerged that Sergio Marchionne – CEO of Fiat-Chrysler, Ferrari and Maserati as well as ultimate boss of the Scuderia Ferrari Formula 1 team – is seriously ill and is not expected to return to work.

This has prompted a reorganisation at the top of each group and reportedly replacing him as boss of the F1 team will be 62-year-old Louis Carey Camilleri, former CEO of the Philip Morris tobacco group that has a decades-long link with the team. The Board has named John Elkann as Chairman and will propose to Shareholders, at a meeting to be called in the coming days, that Louis  C. Camilleri be named as CEO. Camilleri was already a board member of Ferrari. This has major implications not just for the team but for all of F1 as Marchionne has been aggressive in his negotiation stance with Liberty Media regarding Ferrari’s continued participation in F1 from 2021 after the current commercial contracts expire.

His resistance to proposed technical restrictions, cost caps and changes to the traditional preferential payments to the team have been strong, as has his alliance with Mercedes F1 boss Toto Wolff.

What Camilleri’s stance and style will be in these negotiations is unknown – as is his position regarding the Marchionne-initiated proposal of replacing Kimi Räikkönen with Ferrari Academy Driver Charles Leclerc at the Scuderia for next year.

Camilleri’s Philip Morris background is shared by team principal Maurizio Arrivabene, who is said to be highly supportive of Sebastian Vettel. This has all led to speculation that the Leclerc-Räikkönen swap could yet be reversed or postponed. 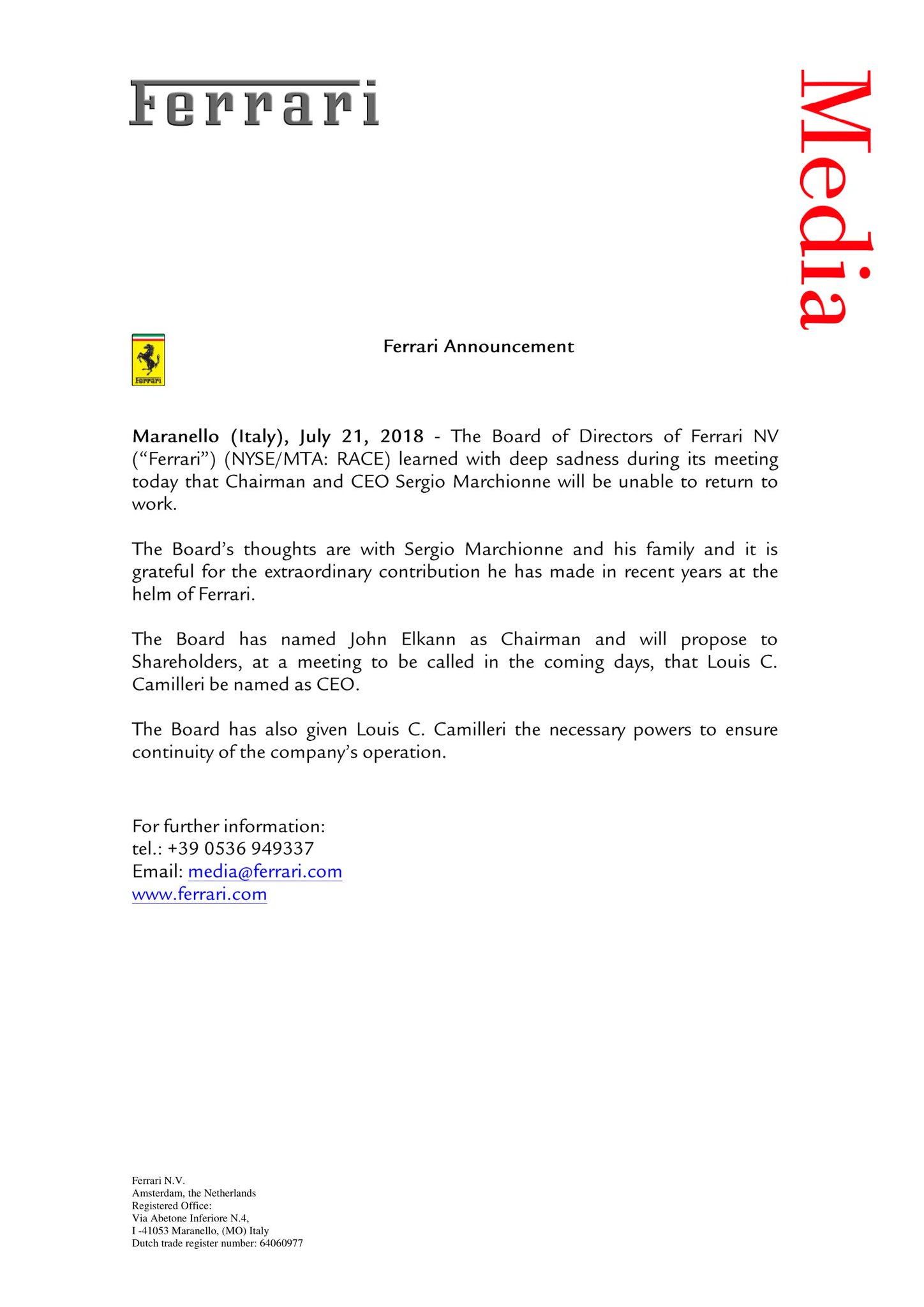