Kimi Raikkonen’s Canadian race didn’t go well from start to finish, exacerbated by a late pitstop due to a visor strip stuck in his brake duct. Kimi finished Sunday’s race in P15 after another uncompetitive race from the Alfa Romeo team. Qualifying in P17, the Finnish driver pitted early in the race to ditch his Medium tyres for a long run on the Hards to get to the finish line.

However, he was forced to pit again with eleven laps to go, as another driver’s helmet visor had become stuck in the Finn’s brake duct. Taking on the Soft tyre for the last few visor-free laps, he straggled home in P15 and outside the points for the third consecutive race. After the opening four races saw him finish in the points every time, this poor run of results had the Finn shrugging with bewilderment as to the problem:

“Just not enough speed. Some laps it would feel a bit better and then others, it’s just a struggle to go fast. Not an easy weekend, not an easy race, as we didn’t have the speed to fight for position. Some laps it felt better, then there were laps where we struggled to find grip. We have work to do and we also will get new parts and this should help us to get back into the fight for points.” 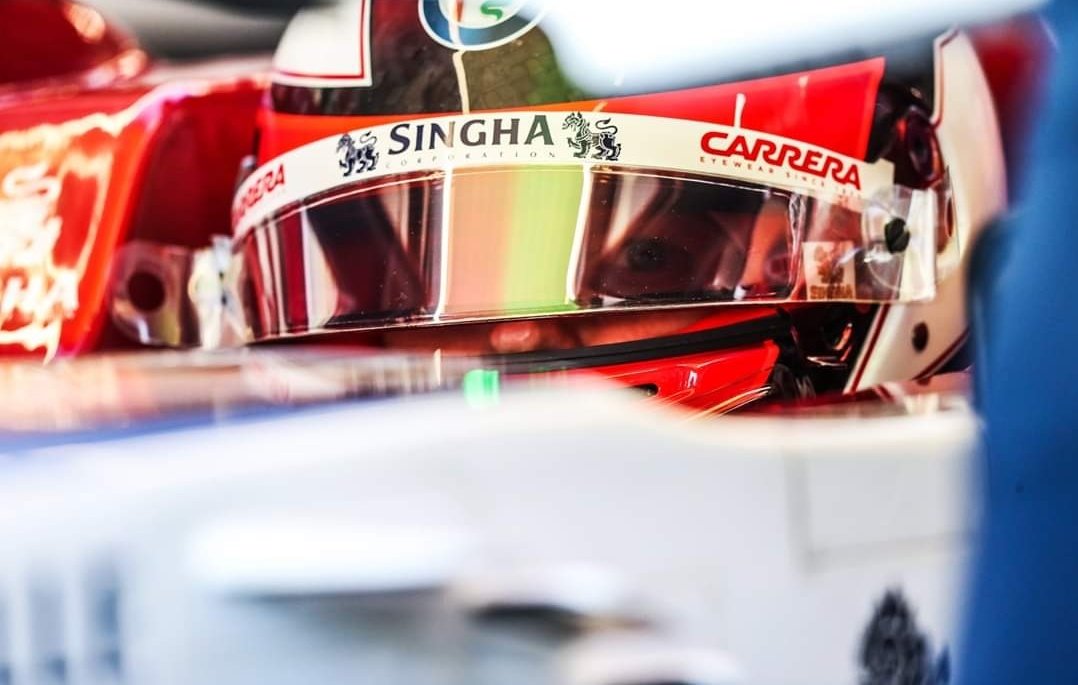 Teammate Antonio Giovinazzi also finished outside the points after early race contact and a mid-race spin at Turn 2, meaning he is one of only three drivers who is yet to score a point this season.

Team boss Frederic Vasseur reflected on another poor day for the team: “After being very close to getting into Q3 yesterday, we were convinced we could have a good race performance. However, an unscheduled stop for Kimi due to a visor strip – not his own, this time – in his brake duct and Antonio suffering contact in lap one prevented us from competing against the rest of the midfield. We are working hard to understand the performance of the tyres and we’ll make the most of the developments we have lined up for the next few races. I am confident we can recover the speed we showed earlier in the season and get back in the fight for points.” – he concluded.