Kimi Raikkonen confident “Britain is another place” where Alfa Romeo can achieve a good result. Kimi previews the next round.

After an exciting and thrilling race in Austria, Formula One will be back in action this weekend with Round 10, the British Grand Prix, which will be the seventies running of the event. Its position inside the history of motorsport is unquestionable as it marked the birth of the Formula One World Championship by hosting the first ever round of the newly-formed series. In fact, one could say that, if Formula 1 has a home, it’s probably Silverstone. It was here, on 13 May 1950, on the perimeter roads of the former Royal Air Force airfield, that the world championship was born. That first historic race saw a dominant Alfa Romeo fill the first three places, with the “three Fs”, Giuseppe Farina, Juan Manuel Fangio and Luigi Fagioli, watched by King George VI.

Frédéric Vasseur, Team Principal Alfa Romeo Racing and CEO Sauber Motorsport AG:
“We can draw some big positives from our recent performances but we are all too aware that we cannot rest on our laurels. The midfield battle is very tight – we have said it time and time again, but that doesn’t change the facts. A good race or a bad race can swing you up or down the standings so we need to keep working hard and maximising the package we bring to the races to make sure we keep finishing ahead of our rivals.” 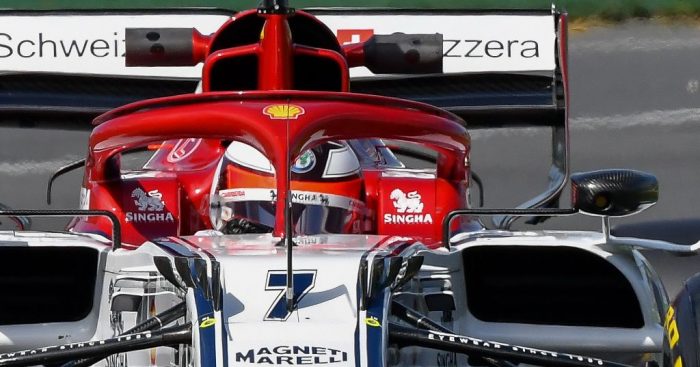 Kimi Räikkönen (car number 7):
“Silverstone is always a good place to come back to. It’s an old-school track and it’s quite fun to drive, especially in the fast corners. As a team, we have shown improvement in the last couple of races and I think Britain is another place where we can do well. As always, we will need to do a perfect job because the margins are very small between teams, but I am confident we can have another good result.”

Antonio Giovinazzi (car number 99):
“Scoring points in Austria felt good, but I feel there is so much more we can achieve. We were competitive and we were able to extract more performance from our car than we had in the past, which is an encouraging sign for the future. Silverstone, as a track, should suit our car and I am confident we can fight once more for points. I definitely had a taste of the top ten now and I want to keep scoring points – perhaps without losing my hair as a consequence!”