John Elkann on Marchionne’s condition: “Profoundly saddened to learn of Sergio’s state of health”. Sergio Marchionne has been on leave following surgery on his shoulder last month.

Ferrari chairman and chief executive officer Sergio Marchionne has stepped down from his roles, the company has announced.

The 66-year-old, who was due to depart the company in April next year, has been on leave following surgery on his shoulder last month. However the company said on Saturday it has “learned with deep sadness” that Marchionne “will be unable to return to work.”

“The board’s thoughts are with Sergio Marchionne and his family and it is grateful for the extraordinary contribution he has made in recent years at the helm of Ferrari,” it added. Marchionne, who has run the Fiat-Chrysler Group since 2004, took over from Luca di Montezemolo as Ferrari chairman in October 2014. Since that win-less season the F1 team has become increasingly competitive. Sebastian Vettel challenged Lewis Hamilton for the drivers’ championship last year. Vettel is leading the drivers’ championship and Ferrari are ahead in the constructors’ championship too.

Under Marchionne the Alfa Romeo brand, which like Ferrari is also owned by Fiat Chrysler, returned to Formula 1 this year as Sauber’s title sponsor. 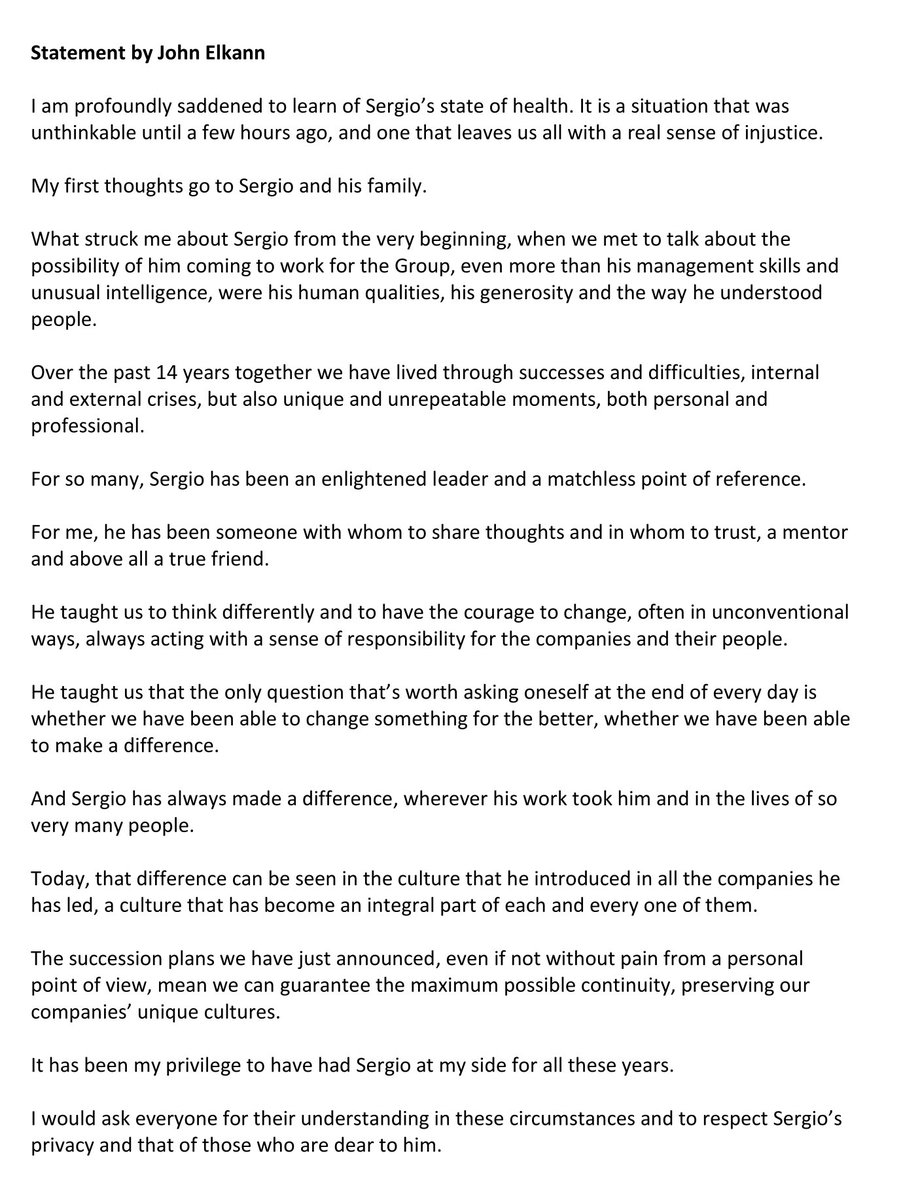 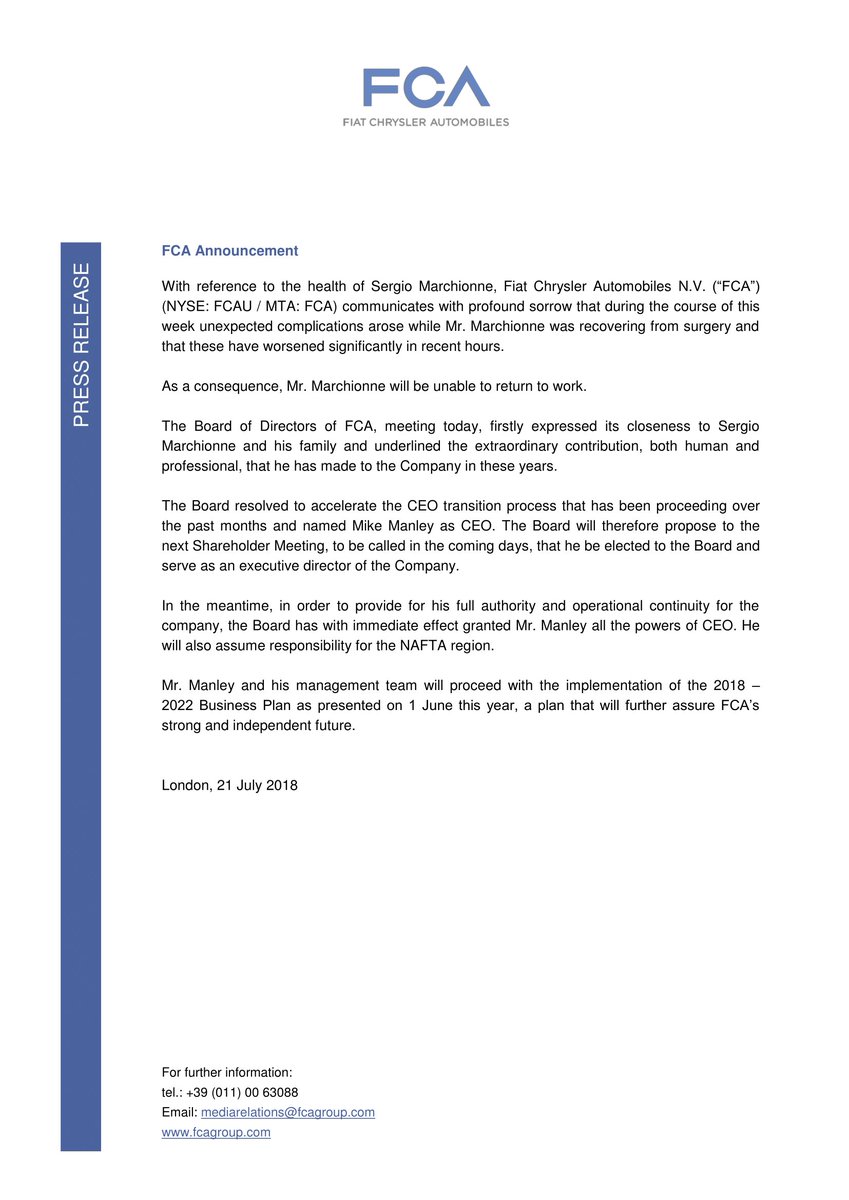 Official: the Ferrari board has named John Elkann as Chairman, Louis Camilleri to be named as CEOPat Symonds mette a confronto Michael Schumacher e Fernando Alonso