Ferrari unveils radical Halo-mounted wing mirror design for the the 2018 Spanish GP. Development around the Halo is limited.

Scuderia Ferrari has unveiled a radical approach to the mounting of its wing mirrors following a recent FIA clarification, which allows them to be attached to the Halo. Formula 1 introduced the Halo for 2018 after trialling the device for a couple of years, with the series having strived to increase head protection.

Development around the Halo is limited, with small aerodynamic fairings the limit of what can be attached to it. However in late-April the FIA’s single-seater technical boss Nikolas Tombazis sent a technical directive to all ten teams confirming that the mounting points for the mirrors could be moved to the Halo, following a request from a team. In the note, Nikolas Tombazis confirmed that as long as they were “sufficiently rigid to ensure that the mirror does not vibrate too much, which would limit driver visibility,” then it would be allowed. They cannot be attached to both the chassis and Halo.

Scuderia Ferrari’s design, which has been unveiled on Thursday at the Circuit de Barcelona-Catalunya, ahead of this weekend’s Spanish Grand Prix, is the first to feature the design and also features two small winglets which sit above the mirrors. 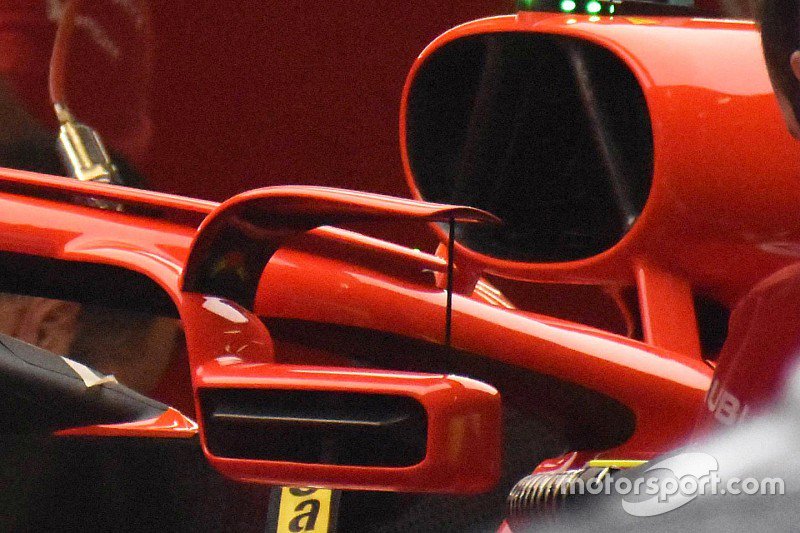 Formula 1 brings back FanVision after five-year absenceFIA confirms that 2019 cars will be 1.5s lap slower due to overtaking rule changes