Formula One’s ten teams concluded on Wednesday at the Circuit de Catalunya the season’s first in-season test which also included a Pirelli test programme. Valtteri Bottas put the fastest lap on the board with his supersoft-shod Mercedes, while the Italian supplier’s new hypersoft compound was also put to the task before its formal introduction at Monaco next week.

“The first in-season test of the year provided a valuable opportunity for teams to try out tyres, car evolutions, and drivers in a back-to-back context on the same circuit that the Spanish Grand Prix had just taken place on, in broadly similar conditions.” – said Pirelli racing manager Mario Isola – “This provided the chance to make some interesting direct comparisons. An in-depth comparison was also made between the shallower tread specification tyre used in the Spanish Grand Prix with the ‘standard’ tyre, underlining our view that the choice for the race was the correct one. We now have plenty of useful data to analyse for the future.” – he added.

Here is a recap of all the times from all the drivers and their respective tyre compounds. 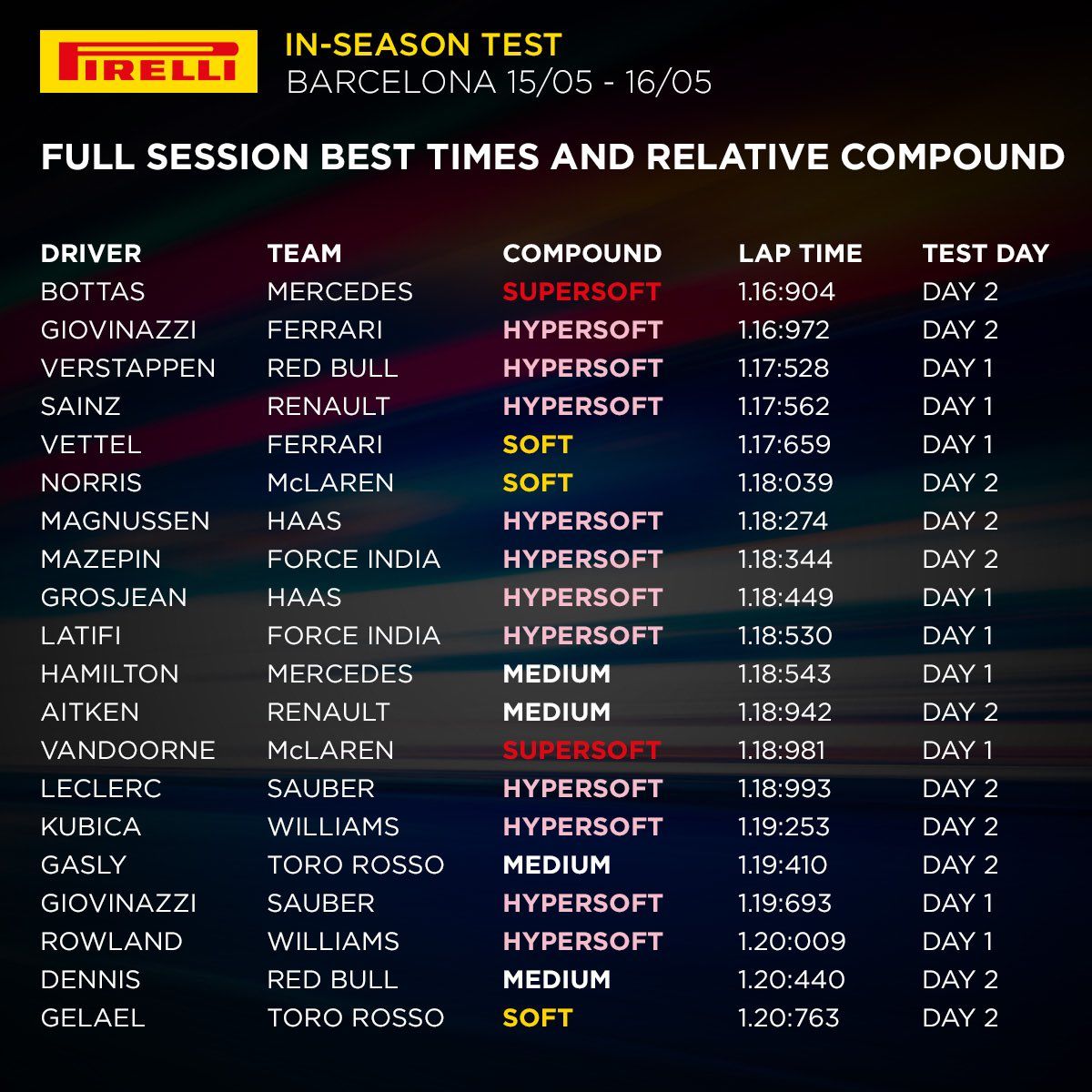 Kimi Raikkonen biography expected release date in OctoberKimi Raikkonen: "We got a fair beating in Spain, but Ferrari form not as bad as it looks"